In the Sunshine, with Moonshine. So I have not posted in a week. A lot has been going on at the shop as well as for me personally. Last week Pig and I hopped in the car and took a mini road trip. We just kinda tooled around northern California and a bit over on the coast. We did some treasure hunting and brought back a carload full of digs. We also stopped off at my Mom's house who has been feeling really under the weather. Hung out with her and gave her some love and support, and took her to the doctors. While bored in the waiting room played with my phone photo application. Years ago my record collection was stolen from my apartment in Portland. It was really heartberaking because I had been collecting since I was like 7 and my records were the main connection between my father and I. In my 20's I started to collect a bit again, but then lost the records in the divorce. My father had left me his collection when he passed away, but through strange family happenings, somehow they never made it to me. I really have not had the wherewithal to take on record collecting since the shop, but on this trip, I got the record bug again. I bought like 40 or 50 albums. So excited and now I have the fever. All I want to do is go record hunting now. I also have decided I need all new stereo equipment and might go check out some turntables today. After my last trip to LA and hanging at my friend Lily's house, I realized how much my home, does not feel like a home without vinyl! After a few days of playing catch up at BellJar and hanging at home listening to all the new record scores, I thought I would go out and enjoy this amazing weather. Went to an art preview for artist Mark Warren Jacques from Portland. I guess he has been hanging here for the past month and created the below works on his hiatus from the rainy city. Had some champagne hung with some cool peeps. Also was reintroduced to Meighan O'Toole from the inspiring art blog "My Love For You is a Stampede of Horses". Seems she is moving back to SF next week. After the art preview Kevin Taylor and I headed over to Dolores park to hang with Olivia Song Park and crew for a record listening party. Kevin brought his battery powered record player and the rest of us brought food drinks and a few LP's. Supper good times were had. Caitlin came and met me as well and after hanging in the intensely hot sun we decided to head over to Pizzeria Delphine for some dinner. Amazingly enough we got to sit right down at an outside table where we shared a nice bottle of Rose, some good food and pig got over 100 pets by passerby's. It was a fab week and I'm expecting this to be an amazing Summer...not just for the store but also for me personally! Have I said how much I love my life lately? Well there, I said it. It's our last day in LA and I have been staying at my friend Lily's house in Hancock Park. Such a amazing neighborhood and her house is to die for. It's a Jewish hood and there are tons of Hasidic Jews around, which of course I LOVE, as I have a fascination for the Hacieds. I was thinking about going to Temple yesterday to find myself a Jewish husband but then I got sucked in to records, good food and conversation with the ladies and I forgot all about that bright idea. Lily is so amazing to hang out with. Her house is beautiful, well lit and she has an amazing record collection. We have not watched TV once. We just sit, spin records and talk about life, love, music and a whole lot about our pets! This trip has been so nice and mellow that I am dreaming of moving to LA. It's so strange that a huge city like LA feels so much more laid back and closer to nature than SF. It smells like lilacs, there are deers running around in the hills and all I want to do is take walks in the pretty neighborhoods. Friday night was our only night on the LA fashion scene. We went to the Odd Molly's store opening and saw loads of celebs, drank free drinks and laughed at the paparazzi. I kept joking that my friend Lisa forgot to alert the press I was coming, as the paparazzi didn't seem to care when I walked the red carpet. They don't get me in LA yet, but I'm HUGE in Japan! Tee Hee. But we did see some fancy people. We were most excited about Lydia Hearst and it was cool to see Fabrizio from the strokes and his hot french girlfriend, Binki Shapiro, DJ. But best of all I got to hang with my girl Lisa Davidson from showroom 7! Tonight I go to her house for dinner. She keeps telling me I have to see her pad so I'm super excited to check out her fab decor. Today we finished off our day with shoe shopping. Our pal over at Laurie Hausen show room, Nicolette told us about a big sale, so we scored big time. I don't know what to say other than shoe shopping makes me happy!!! We also stopped off at the Red Lion Tavern in Silver Lake for dinner and a beer. And some cute boy watching too! All and all it was a great trip. Her are a few snippet's of some of the Fall apparel...I know a huge tease. Won't start coming in till July, but in the meantime we have tons of spring pouring in! Last night was soooooo amazing. I had so much fun and the art was amazing. Also the photo booth was a huge hit. Thanks glasscoat. You should hire them for your next party or wedding or whateves, cuz nothing makes people happier than a photbooth. here are a few of the pictures!!! 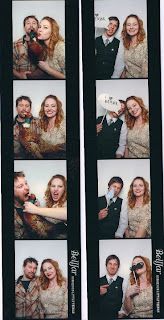 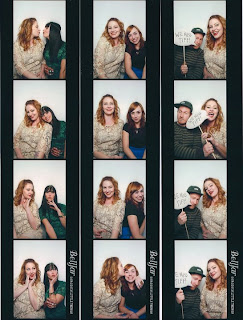 I sincerely want to thank all of that have supported me and my shop over the past two years! It was such a risk quitting my high paid corp job to pursue my dreams but it has proven to be the most fulfilling thing I have ever done. To all f you I say this. Follow your heart, do what you love and success will follow.