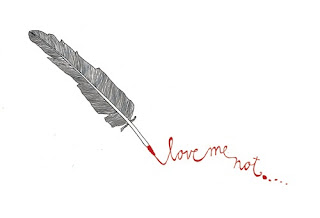 San Francisco mixed media artist and illustrator Lisa Congdon did not begin making art until she was 33 years old; eight years later, it is the most significant part of her life and livelihood. Aside from four painting classes, Lisa is entirely self-taught. She uses her lack of training to her advantage: instead of following refined technique, she works with her own sense of color, composition and design as her guide.

Lisa's work has been shown in over eight cities, including New York, Los Angeles, Seattle, San Francisco and Portland. Her story and art + design work have been featured in numerous print magazines and art and design blogs, including ReadyMade, Country Living, CRAFT, Australia's Real Living, design*sponge, Daily Candy, Juxtapoz, Flavorpill San Francisco, Stitch, Venus and Bitch. Her illustration clients include the National Poetry Foundation, Galison Stationary, iPOP magnets, Chronicle Books and Pottery Barn. She has a line of stationery being released by Chronicle Books this Spring.

Lisa lives in the Mission District of San Francisco with her 9 pound chihuahua mix, Wilfredo, and her two cats, Barry and Margaret (named for Barry McGee and the late Margaret Kilgallen, two of her favorite artists). When she is not making art in her studio, Lisa is at Rare Device, the San Francisco design-led shop and art gallery she owns and operates with her friend Rena Tom

There are many theories about how Valentines Day originated, but one fact remains: it is a day dedicated to effusive (often over the top) pronouncements of love. Valentine's Day reached its height of celebration in the Victorian Era. Valentines cards were produced in tens of thousands, from whimsical to slightly vulgar. Their designs included lace paper, embossed envelopes, glass or metal mirrors, ribbons, real feathers and flowers or dried ferns. Bizarre chubby adult looking children called cherubs adorned them. Just as important as the decoration are the unabashed pleading for affection and pledging of undying devotion that accompany traditional Valentines. In Love Me Not, I explore both the traditional decor and subject matter of Valentines from the Victorian Era (now nearly obsolete), along with common Valentines sentiments and proclamations. In some cases I have taken the gaudy decoration and purposefully toned it down to be more austere to play with the viewers sensibilities. The pieces are intended to be interpreted by each viewer however he likes depending on his level of cynicism. The show features 12 shadowboxes, drawings and gouache paintings.