Although, by time I was old enough to have a crush on him, his former hip shaking, slick backed boy next store, good boy gone bad image had slipped away and was replaced with his white suit, pilled out chubby and almost out the door version; Elvis will always be my first and truest love. I spent countless hours lying in bed listing to his records over and over and mourning the loss of his lovely youthful glow. I cried for two weeks when he died of a drug overdose. RIP

Before I was old enough to know what sex was, Jim Morrison represented pure, raw sex to me.

Jon Lennon appealed to my intellectual side. His dreamy and complicated messages about truth, peace, love and exploring spirituality were key to the early stages of my development. I got lost in his psychedelic dream world. The day he was shot has a dark day. I felt as if the world had gone mad. My messiah had been struck down by the hands of evil and only darkness would prevail. John will always be my Guru. 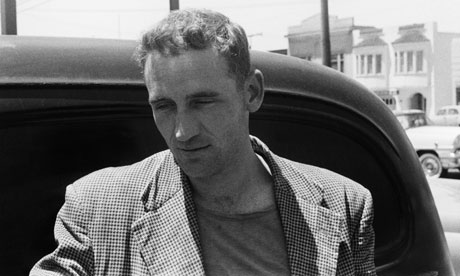 Jack Karouac and Neal Cassady. My fearless, adventurous lovers. Manly, viral and poetic. Please build me a log cabin by a creek and warm me forever with your words and your big strong hands. Le Sigh. Than you for the all the adventures.

Awe Serg- I want to be your Birken. I want you to make me moan like Like Bridgette in Bonnie and Clyde.

Once upon a time Michael was black. He was girlie and wore yellow sweaters and rhinestones but to me he was a total babe. Emotional and sweat I imagined Michael and I were not only in love but also best friends.

Yes he was kinda short, and dressed a bit girlie but I wanted to be his Apollonia. Together we would run around in women's lingerie while calling upon mythical spirits. I was just unsure if it was cool for my boyfriend to wear higher heels than me!

How did I not know he was gay? This is when my mother really became curious about my own sexuality. "How could you have the hots for him?," she would say. "He looks like a girl." I would just reply, "He is beautiful."

I loved them both. Simon Gullop and Robert smith of the cure. Together we welcomed my budding adolescence. They sang me to sleep and I emulated their style. I'm not gonna lie, I still totally have the hots for Simon. He looks damn good these days.

Speaking of still looking hot. John Taylor is welcomed to call me up anytime.

When I was 18 I was at a club and was a bit out of it. I lost track of my friends and when I looked around I was surrounded by kind of scruffy looking guys. One of them approached me and pressed his body against mine. I stepped back and his hands wandered up my sides to relax on my breasts. I looked him in the eyes and saw a cold, blue sea. I ran off the dance floor a bit shaken and found my friends, who stood laughing on the side. This was the extent of my romantic involvement with River. He died shortly there after. I have mourned my decision to run away from him forever. Maybe I could have saved him. I'm sure he just needed the love of a good woman.

Thin and awkward I first fell in love with Jarvis when I saw Pulp perform at Bimbo's. I honestly was so moved by his androgynous good looks and suggestive hip pulsating that I nearly threw my panties on stage. It was the first time ever I considered trying to sleep with a a rockstar.

Brett Anderson asked me where to score drugs at an in-store at Mod Lange. I almost pretended like I did drugs just so that I could hang out with him. I imagined driving him around on a major goose chase to score all the while charming him with my smile and humor. Through our love he would clean up his act. Later that night he showed up to my friends party out on Baker Street in SF. He locked himself in the room and smoked crack that he scored at the projects near by. When I was in my twenties I always fell for the wounded birds. I wanted to save every tragic boy I met.

Yeah I know he is kind of a hipster douche bag but when I first saw the strokes at Bottom of the Hill, before they got all famous, I saw him standing at the bar in a white suit and a striped tie..and I said, "who's that, I want that guy." Of course it was the lead singer of the new hot band we were about to see. He outgrew me fast. Oh well.

Bobby Gillespie- He looks a bit like a faded 70's rockstar. He has kind of an old leather shoe look about him, like maybe he did too much heroin. I kind of have a Daddy thing for him even though he is not that much older than me. Also, to me, Primal Scream is one of the greatest bands on earth. He is friends with Jarvis. I wonder if I can marry them both.

Adrien Brody..so stylish, so lanky and this man has serious swagger. I still want him to do bad things to me with that nose. He also drives race cars. I find that so sexy. He's still on my top list. Maybe we will run in to each-other in LA.

Jarvis. Yes he gets listed twice. I fell in love with him once when we were both young and I re-fell in love with him as he aged and matured and grew in to the hot intellectual sex symbol he is today. He is my sexy professor, my humanitarian, my rockstar, he is my everything. As far as celeb crushes go this is it. Jarvis is my IT. XO